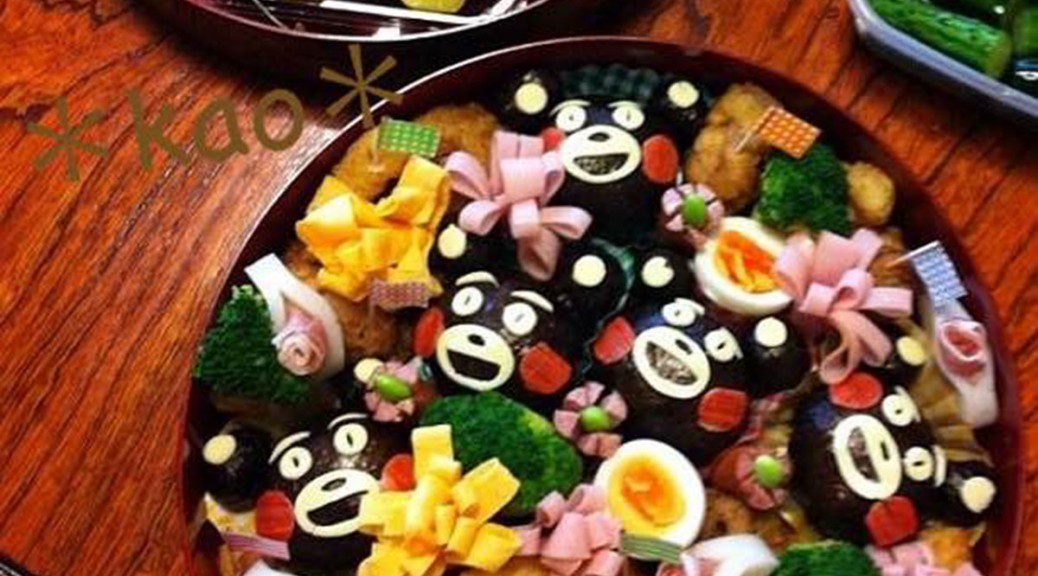 Chara-Ben  is a boxed-lunch which is designed with a face of popular mascot characters. It was meant to interest children who have less interest in food to increase their appetite.

But now, the purpose of it is to create cute designs, and there are workshops in town that teach how to make these ka-wa-i-i lunches.

Kumamon’s face is made with nori (seaweed), his eyes with cheese and cheeks with imitation crab. Funasshi is mostly made with thin omelets, and his cloth with boiled fish paste.

Kumamon was the most popular character last year. But when it appeared on the Singing Battle of Red(female singers) & White(male singers) , which is televised annually on New Yeare Eve, it showed some obscene moves, and many young girls lost interest, causing decline of his popularity.

Now, Funasshi seized the opportunity and became the most popular Yuru Chara of them all. 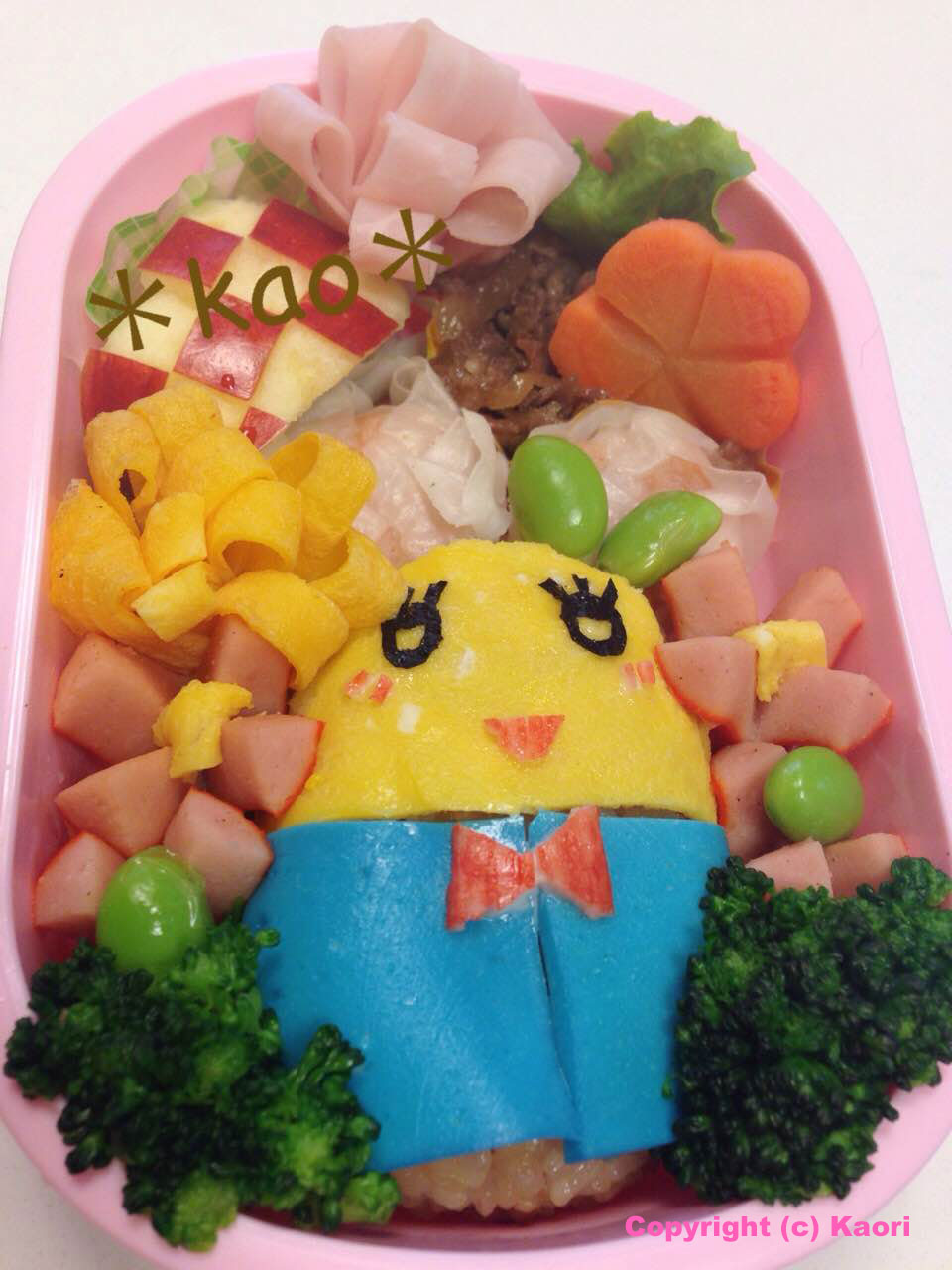 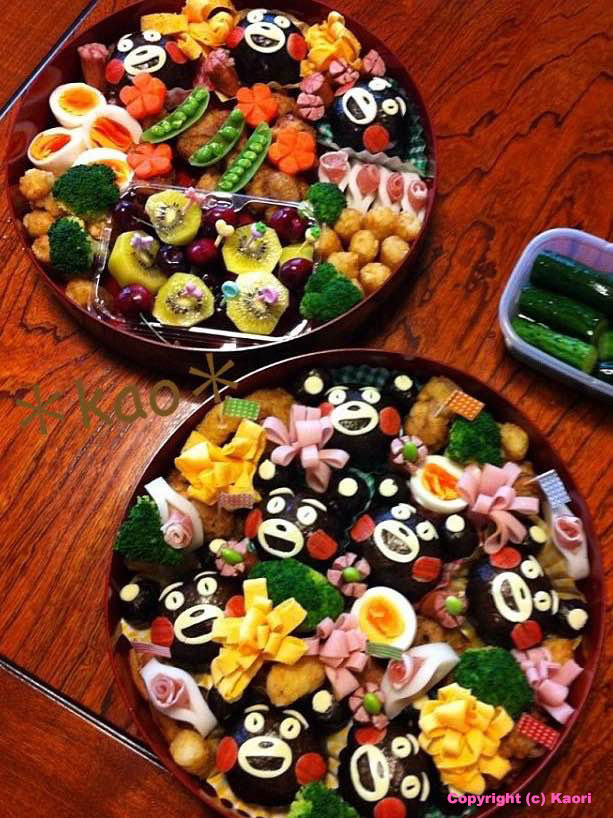